William I. Brazley Jr. was born in Louisville, Kentucky, and is the fifth of seven children, born to William I Brazley Sr. and Gwendolyn Brazley. His parents divorced at an early age and he and his six siblings were raised by his mother and blessed by God. William was raised in a suburb of Louisville known as Newburg and still has family and friends in that area. He attended Newburg Elementary School (now a Middle School) and Seneca Junior High and High School. His parents have both gone to glory but their ideals and the fear of God are still rooted deep inside him.

If it is true that necessity is the mother of invention, then hard times must certainly be the father of imagination and creativity. It was through hard times that William learned to appreciate a good story. He would read a book every once in a while but motion pictures and television were his escapism. These were affordable forms of entertainment that he still enjoys today.

In his freshman year at Western Kentucky University, an English professor told William that his writing and grammar were barely literate. His assignments were frequently returned full of corrections and he still hesitates to this day about using red ink. Needless to say, that professor has been a source of inspiration and may surface as an evil character in a future novel. 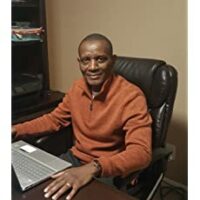